Senators Reportedly Annoyed With Military for Not Taking UFOs Seriously 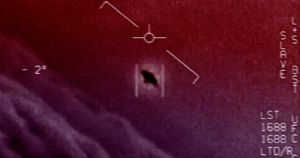 According to a new report in Politico, Senator Kirsten Gillibrand, of New York State, publicly voiced her disappointment at how UFO reports are being handled by the US government and said lawmakers need to learn more about the context behind what the government has worked to rebrand as “unidentified aerial phenomena” (UAPs).

“Senator Gillibrand believes that the [Department of Defense] needs to take this issue much more seriously and get in motion,” an aide told the news outlet. “They have had ample time to implement these important provisions, and they need to show us that they are prepared to address this issue in the long-term.”

While not every UAP is something interesting — a rock thrown up high enough would technically be a UAP if an observer didn’t know it was a rock — Gillibrand isn’t alone. Politico reports that Florida’s very thirsty Senator Marco Rubio feels similarly and wants more UAP data.

Sightings of unidentified crap in the skies were long the domain of crackpots, and still are most of the time. But they gained a shred of credibility in 2017, when the New York Times published a bombshell report detailing Pentagon funding for the investigation of some difficult-to-explain videos taken by fighter jet pilots.

That eventually led to a much-anticipated “UFO report” by the US military that, unfortunately or fortunately depending on your perspective, turned out to be very boring.

But some lawmakers are clearly still intrigued. And you know what? Good for them.

Even if UAP sightings aren’t aliens, it’s still important to better understand them.

The post Senators Reportedly Annoyed With Military for Not Taking UFOs Seriously appeared first on Futurism. Galaxy Quest’s Thermian aliens were a masterclass in acting