The Pentagon showed new UFO videos to Congress Tuesday at the first open hearing on unidentified aerial phenomena in more than 50 years.

Scott Bray, the deputy director of Navy intelligence, also said that military pilots now have the ability to report UFOs from within their cockpit and said the effort to understand UFOs is an all-government endeavor.

“We have subject matter experts across government, including physics, optics, metallurgy, meteorology, just to name a few,” Bray said. “We’ve endeavored to bring an all-hands-on-deck approach to understand this phenomena.”

Bray said that the military now has more than 400 reports of UFOs, and that the “stigma has been reduced” for soldiers who report UAPs. During the hearing, he showed several new videos of UFOs, including one recorded in 2019 of “what appears to be triangles, some flashing.” In this case, Bray said that the phenomenon was recorded again at a later date, and that the military was able to determine that “these triangles correlate to unmanned aerial systems in the area. The triangular appearance is a result of light passing through the night-vision goggles and then being recorded by an SLR camera.”

In another video, however, he showed an orb shot out of the window of an aircraft; he said there’s still no explanation for what it is. 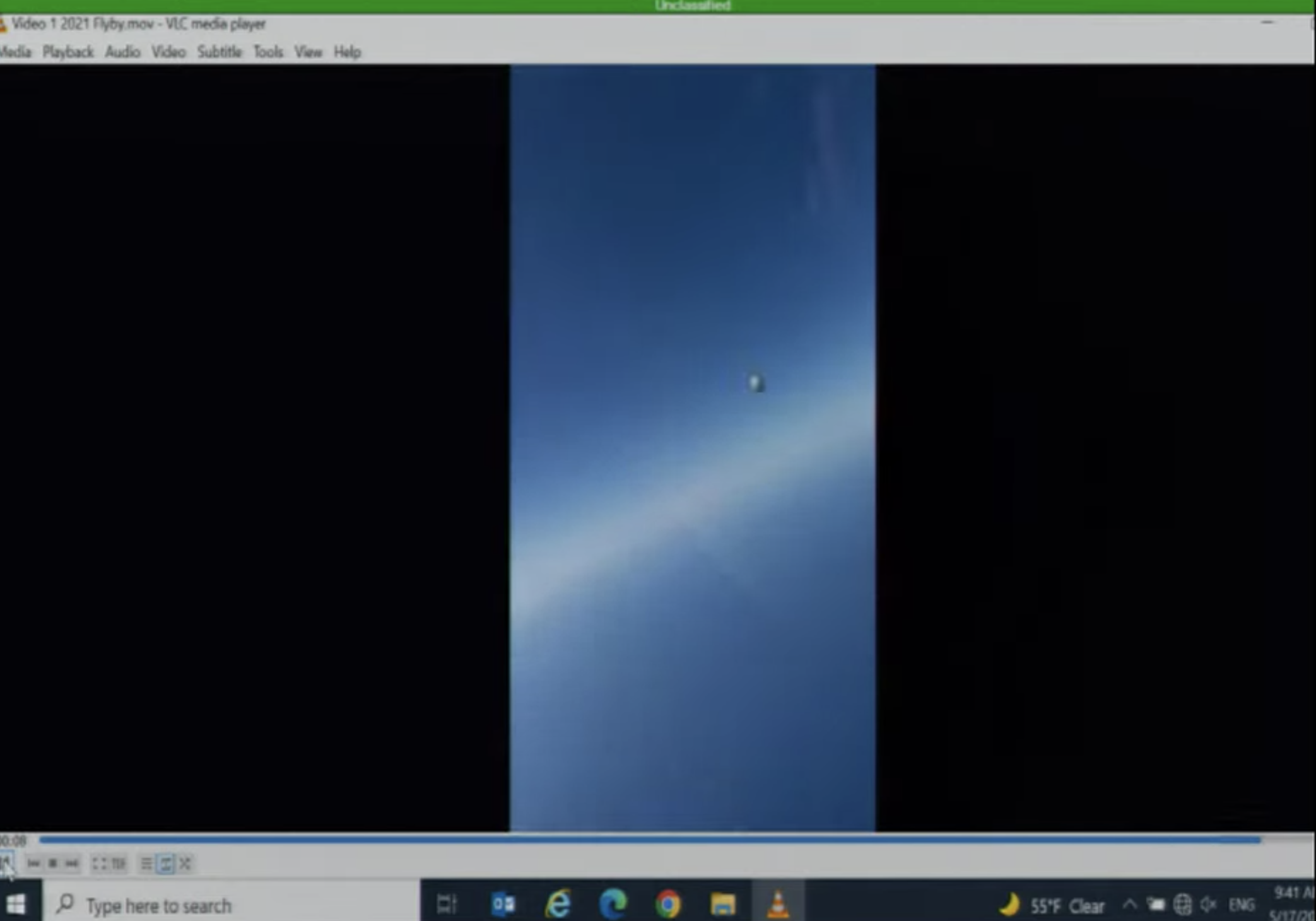 In any case, he said that more reports have been incoming over the last few months as the military has created new procedures for UAP reporting: “Navy and Air Force crews now have step-by-step procedures for reporting a UAP on their kneeboard in the cockpit and in their post-flight debrief procedures. The direct result of that has been an increase in reporting,” Bray said. “The message is now clear: If you see something, you need to report it. And the message has been received. Recently I received a call from a Senior Naval Aviator with more than 2,000 flight hours, he called me personally from the flight line after landing to talk about an encounter he just experienced.”

The hearing is still going on, and you can watch it here.