String of lights seen in NC sky sparks UFO debate. What was it? 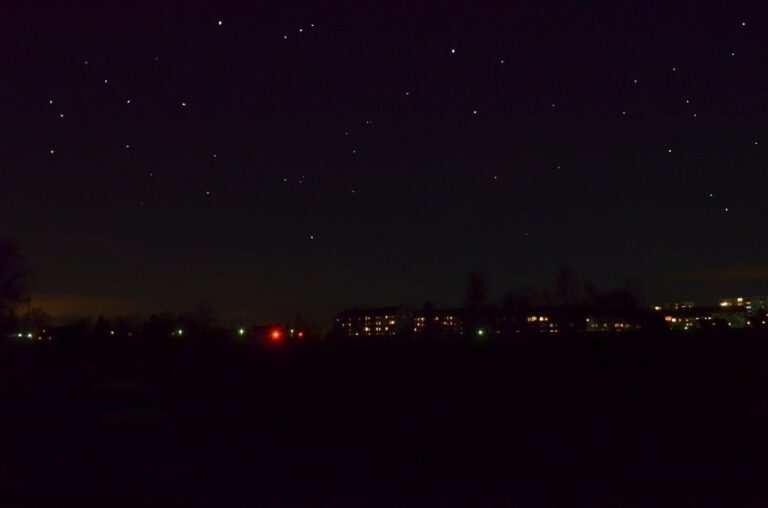 Multiple people have reported seeing an odd string of lights at night near Charlotte, igniting talk of UFOs on social media.

Photos shared Saturday on Facebook show what appears to be a string of lights floating over North Carolina’s Indian Trail community. The area is in Union County, just southeast of Charlotte.

“Anyone know what these lights were tonight?” Alisa Homewood asked on the “What’s Up Indian Trail?” community Facebook page. “No sound at all. They flickered like lanterns, but followed the same exact path up until they disappeared which was odd.”

Homewood told the Charlotte Observer the lights “resembled how a flame would look, flickering in the dark.”

I wasn’t going to post this, but I’m seeing some other people saw these lights in North Carolina so …

“My initial thought when I saw the lights was it was the helicopters in the distance, but as the lights got closer there was no sound. Then they went straight up into the sky and disappeared. No smoke, no debris,” she said.

“I couldn’t see anything around the light to suggest they were or were not lanterns, but the light flickered like you’d imagine a lantern would look.”

Stranger still, a trio of lights that glowed blue also showed up in her photos. Homewood, who lives in Monroe, has no explanation for that, though it’s possibly a trick of light.

“The blue light I didn’t notice until after I took the pictures. In the sky it did not look blue, it looked like a group of bright lights,” she said. “I thought it was odd though, that a few people have seen and photographed that same blue-ish grouping of lights.”

The Facebook group has more than 20,000 members, and a few hundred people have reacted to Homewood’s post. Several have mentioned UFOs, while others say it could have been flares, lanterns, drones or a SpaceX rocket.

A growing number say they, too, have seen odd lights at night in Union County, including one person who shared a shaky video of her experience.

“Yea we saw them too and couldn’t figure out what they were,” a Charlotte woman posted. “They did flicker, but like how big were those lanterns then for us to see it so bright and so clear from so far away.”

“I’ve seen something like this recently too,” another commenter wrote. “It was 5:00 am so no, not lanterns. The string of lights wasn’t there, only the triangle shape lights. It hovered, moved slowly and zero sound.”

North Carolina ranks high among states with the most reports of UFO sightings, many of them off the Outer Banks. The Mutual UFO Network reported this month that the state had 15 UFO sightings in December, ranking it No. 7 among the 50 states.

As for other possibilities, Union is among the counties included in “unconventional warfare exercises” staged by the special forces based out of Fort Bragg. Flares are part of the exercises, the Army says.

But the most recent exercises ended Dec. 18, according to the U.S. Army John F. Kennedy Special Warfare Center.

Homewood says she braced herself to be criticized for sharing the photos. But most commenters have seemed to be genuinely interested in the puzzle — after posting a few jokes about aliens not finding intelligent life here.

“As far as the reaction on social media, I anticipated people commenting being annoyed. Union County group sites tend to be brutal,” Homewood said.

“But I posted anyway because that same morning I saw several military style helicopters fly over in almost the same location.” 14% of People Think Aliens Will Invade Earth This Year