Local Man Hopes Monolith In Utah Is Aliens, But Deep Down Knows It’s A Publicity Stunt For Game Or Some Shit – Waterford Whispers News 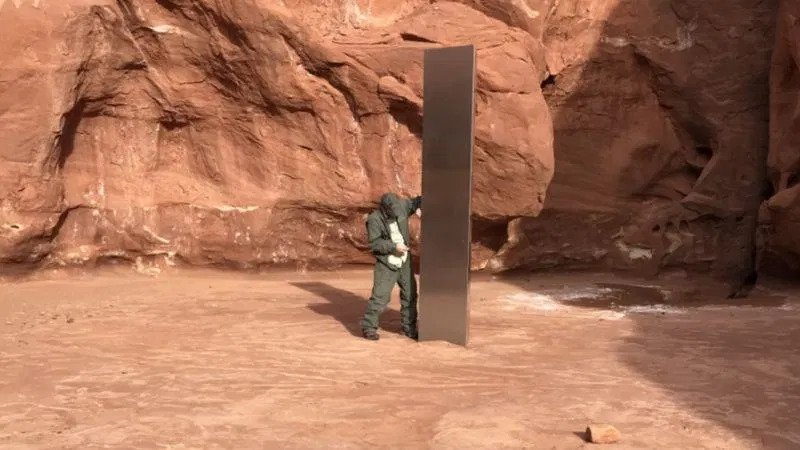 WHILE local man David O’Brien hopes beyond hope that the metal monolith found in Utah is some alien message, deep down his deep rooted cynicism prevents him from presuming anything other than it definitely being a predictable and ‘shitty publicity stunt for a game or some shit’.

“I want an acid spewing tentacled murder machine from mars to burst out of that monolith and rip the spine clean out of the bodies of those it encounters as much as the next guy, but this has lame Playstation 5 promotion or Netflix sci-fi movie marketing written all over it,” offered O’Brien, whose dyed in the wool jaded disaffection denied him more than 5 seconds of childlike wonder.

“Just think about it, what’s coming out soon? Any movies, albums or games and that? Has Daft Punk got a new album out? Is Tim Cook trying to flog another overpriced phone you don’t need? Elon Musk’s new tampon range? Fuck those marketing pricks, they had my inner child genuinely excited,” a cheated O’Brien shared.

So resigned was O’Brien to the eventual ‘it was a publicity stunt for perfume made from Kim Kardashian arse sweat’ revelation that he could barely muster enough interest to peruse his favourite alien conspiracy pages online.

“This lad here on Reddit is saying it’s ancient alien technology left for us to use to help us avert a nuclear apocalypse, but I’m like ‘buddy it’s a new limited edition Twix’ or some other brand bolloxology,” O’Brien offered, still seething at whatever marketing firm got him briefly excited for first contact.

Like the satire WWN has produced over the last 10 years? Sign up and support us during these difficult times HERE