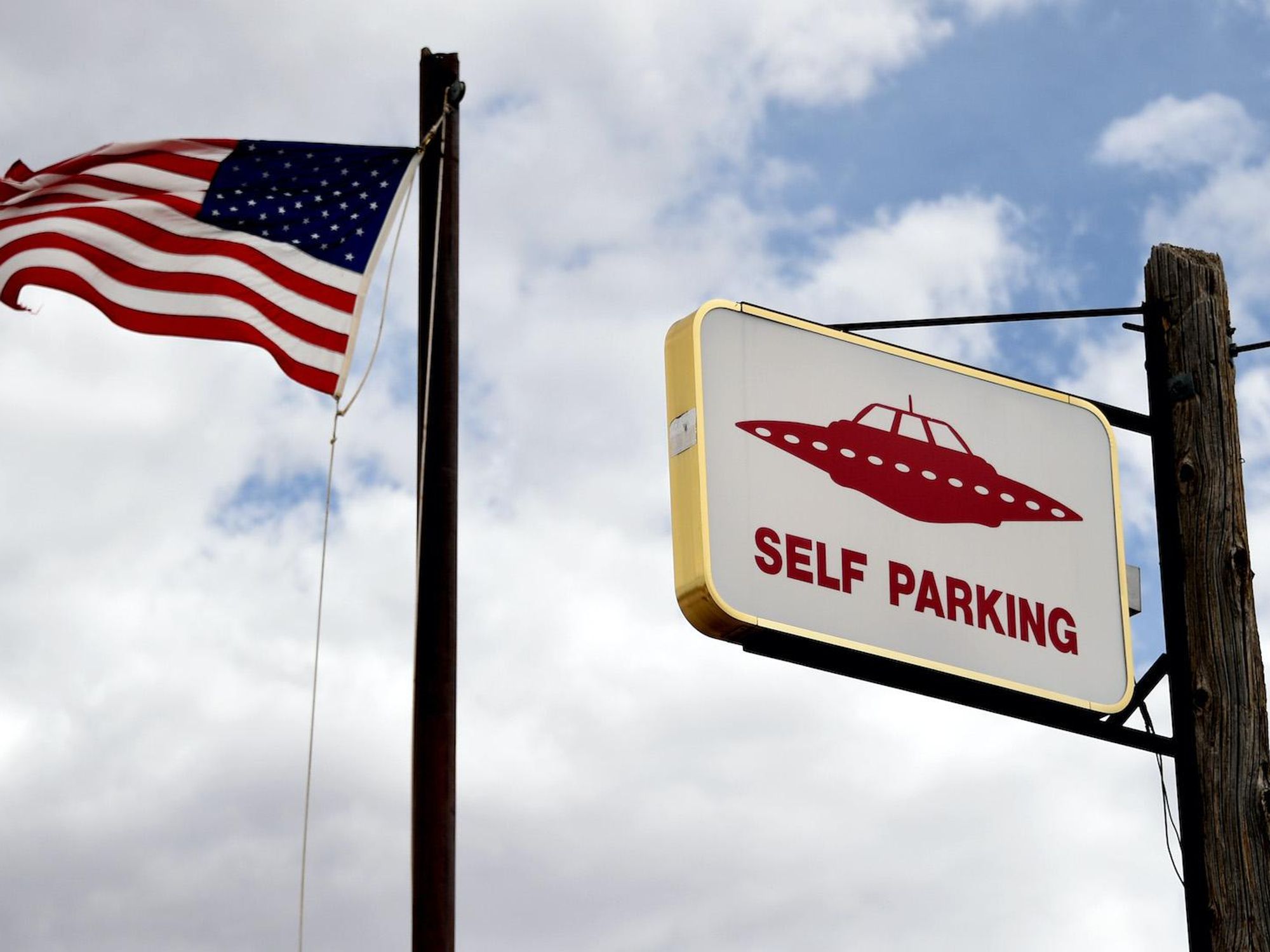 If professor Haim Eshed truly wanted to help avoid creating hysteria about little green men, his recent interview with a major Jewish newspaper is likely not going to help him out.

Eshed, a retired Israeli general who served as the chief of Israel’s space security program for almost 30 years, the Jerusalem Post reported, recently claimed to know about a secret deal between aliens from “the Galactic Federation” and leaders on Earth — specifically in the U.S. government.

In an interview with Yedoith Aharonoth, which the Jewish Press described as the “largest circulation for-pay newspaper” in Israel, Eshed said that aliens are here, but do not want to be identified yet because mankind is not ready and such a revelation would almost certainly cause mass panic.

According to Eshed, President Donald Trump was going to reveal their presence but yielded to an appeal from the aliens to keep their existence under wraps until they have a chance to get humanity to the point of being mentally capable of accepting the new reality.

“The UFOs have asked not to publish that they are here, humanity is not ready yet,” Eshed told Yedoith. “Trump was on the verge of revealing, but the aliens in the Galactic Federation are saying: Wait, let people calm down first. They don’t want to start mass hysteria. They want to first make us sane and understanding.”

The professor said that the aliens are “waiting for humanity to evolve and reach a stage where we will generally understand what space and spaceships are.”

So, why are they here? Well, the three-time Israeli Security Award recipient said he knows.

They’ve signed a contract with the United States government to do experiments on Earth to understand the “fabric of the universe,” and they’ve enlisted Earthlings to help out, Eshed said.

“There’s an agreement between the U.S. government and the aliens,” he told the newspaper. “They signed a contract with us to do experiments here. They, too, are researching and trying to understand the whole fabric of the universe, and they want us as helpers.”

Not only did Eshed break news of aliens here on Earth, he also revealed that there is an “underground base” on Mars. It is there that the aliens’ “representatives” are living and working alongside American astronauts, the professor stated.

Were all of this true, the Jerusalem Post pointed out, it “would coincide with US President Donald Trump’s creation of the Space Force as the fifth branch of the US armed forces.”

If this is supposed to be kept a secret, why is Eshed revealing this sensitive info now?

The Post explained that the professor believed the timing was right considering “how much the academic landscape has changed, and how respected he is in academia.”

You see, academia used to think he was crazy when he would bring up these claims, he said, but things are different today.

“If I had come up with what I’m saying today five years ago, I would have been hospitalized,” Eshed told Yedoith. “Wherever I’ve gone with this in academia, they’ve said: the man has lost his mind. Today they’re already talking differently. I have nothing to lose. I’ve received my degrees and awards, I am respected in universities abroad, where the trend is also changing.”

NBC News attempted to get comments from the White House, the Pentagon, and Israeli officials, but none were offered. UFC’s Diego Sanchez Believes He Was Visited By UFO This Week, ‘Flew Right Up’