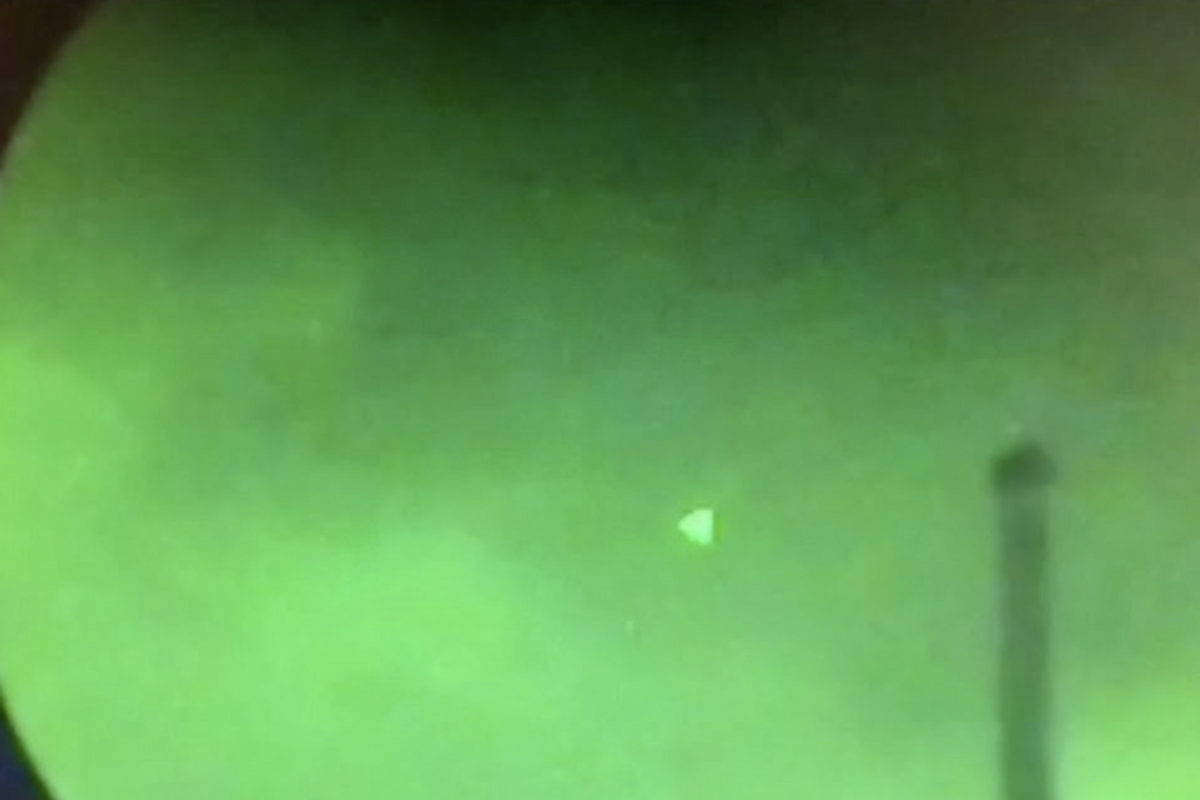 After decades of the U.S. government being reluctant to acknowledge UFO sightings, the intelligence community is preparing to deliver a historic report on unidentified aerial phenomena. But those eagerly anticipating that the government will reveal that aliens from a galaxy far, far away have been monitoring us here on Earth might be disappointed.

U.S. intelligence agencies are expected to release a report of everything they know about UFOs to Congress later this month. The Department of Defense’s Unidentified Aerial Phenomena Task Force is “actively working with the Office of the Director of National Intelligence on the report, and DNI will provide the findings to Congress,” according to Pentagon spokeswoman Sue Gough.

The UAP Task Force was established last August with the intent of improving the “understanding of, and gain insight into, the nature and origins of UAPs.”

Ahead of the much-anticipated release of the government’s knowledge of UFOs, government officials are giving subtle hints about the upcoming UAP report. U.S. intelligence officials caution that unidentified flying objects seen in unbelievable encounters with the U.S. Navy could be America’s enemies, and not alien spacecraft.

“The report determines that a vast majority of more than 120 incidents over the past two decades did not originate from any American military or other advanced U.S. government technology, the officials said,” according to the New York Times. “That determination would appear to eliminate the possibility that Navy pilots who reported seeing unexplained aircraft might have encountered programs the government meant to keep secret.”

The report to be presented to Congress by June 25 “will present few other firm conclusions,” according to senior officials.

The anonymous U.S. intelligence officials don’t believe that the unexplained aircraft with never-before-seen capabilities are aliens, but “could not definitively rule out theories that the phenomena observed by military pilots might be alien spacecraft.”

One possible explanation is that the UFOs are weather balloons, but that theory falls apart in some encounters because of the wind speed and direction at the time.

Another possibility is that American enemies have developed far advanced technology, according to a senior official.

“He said there was worry among intelligence and military officials that China or Russia could be experimenting with hypersonic technology,” the Times reported. “Russia has been investing heavily in hypersonics, believing the technology offers it the ability to evade American missile-defense technology. China has also developed hypersonic weaponry, and included it in military parades. If the phenomena were Chinese or Russian aircraft, officials said, that would suggest the two powers’ hypersonic research had far outpaced American military development.”

The report allegedly has a difficult time attempting to explain what U.S. Navy service members saw in UFOs that were moving at hypersonic speeds, performing acts “beyond the physical limits of a human crew,” and emitting “no visible engine or infrared exhaust plumes.”

In March, former Director of National Intelligence John Ratcliffe also declared that the physics-bending maneuvers of the UFOs are “difficult to explain.”

The final report from the UAP Task Force will also include a classified annex, which would like ignite more speculation of aliens visiting Earth.

The officials made the revelations on the condition of anonymity because they were not authorized to speak publicly about the classified findings in the upcoming report.

There have been several documented encounters between U.S. Navy service members and UAP released to the public in the past few years.

The Pentagon confirmed that video of a “spherical” transmedium UFO flying off the coast of California near the USS Omaha is authentic.

Footage of a triangle-shaped object hovering over the USS Russell while sailing off the coast of San Diego was confirmed by the Pentagon as genuine.

2019 the US Navy filmed “PYRAMID” shaped UFOs; here is that footage