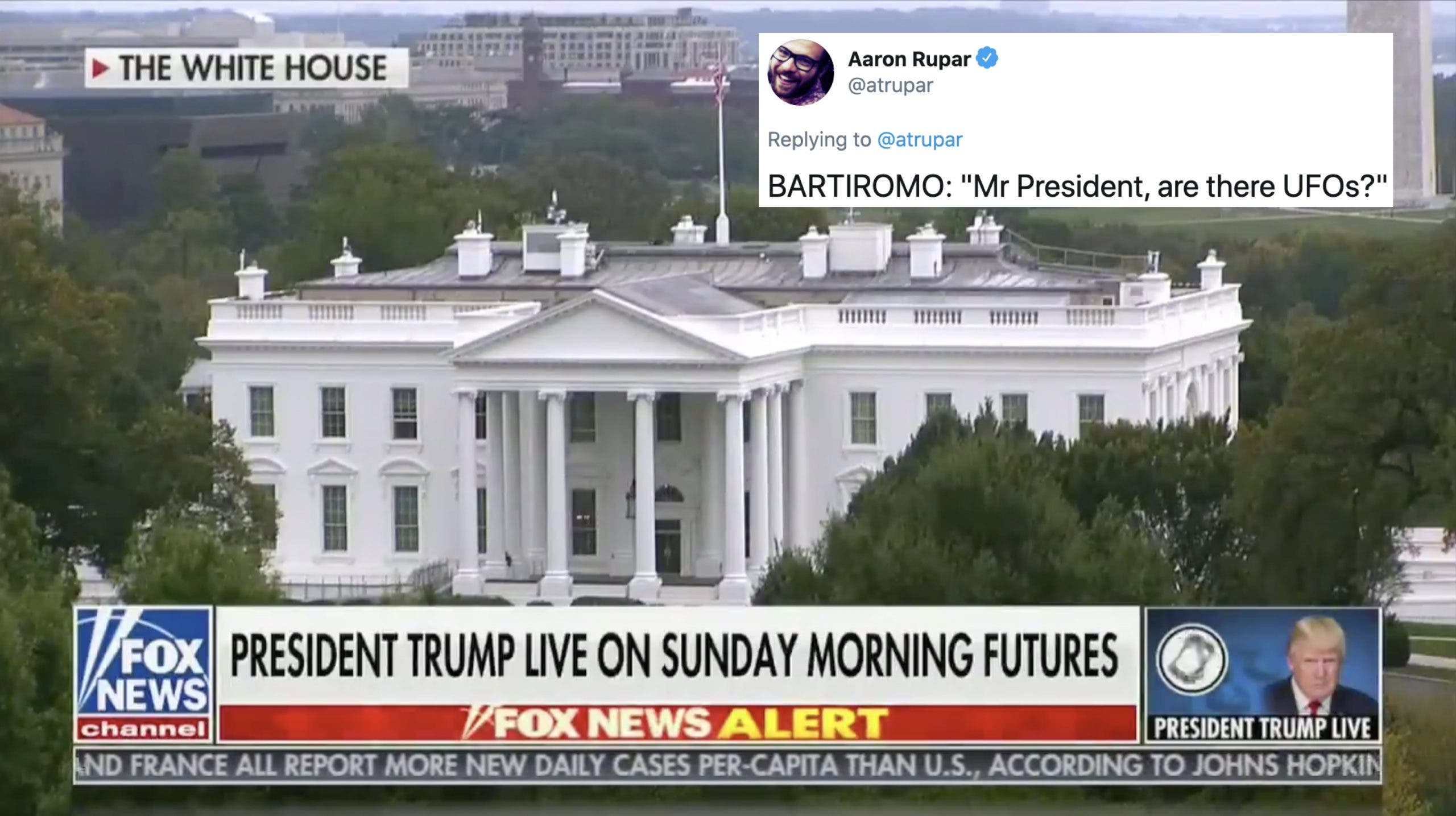 While his COVID-19 infection may have prevented Donald Trump from venturing beyond the White House walls to make campaign appearances this week, he’s tried to make up for it by scheduling numerous interviews with the few media outlets that will allow him to spew his litany of lies uncontested and address his true believers without the risk of pesky fact-checkers.

Trump continued his media barrage this morning with an appearance with Maria Bartiromo on Fox News’s Sunday Morning Futures that began with the kind of statement one usually sees in the pages of comic books when the supervillain suddenly declares that he has the unique power to destroy the defenses of whichever superhero they may be battling.

“It seems like I’m immune, so I can go way out of a basement,” Trump told Bartiromo, inserting a sneering jab at his Democratic opponent into his medical report card. “It looks like I’m immune for, I don’t know, maybe a long time, maybe a short time. It could be a lifetime. Nobody really knows,” the president continued.

As the subject of numerous criminal investigations and lawsuits, Trump seems to just love the sound of the word “immunity.”

It was the beginning of a long and bizarre interview that Vox‘s reliable reporter Aaron Rupar deftly summarized in his tweeted excerpts from the conversation which you can view below.

Trump begins his second interview with Maria Bartiromo in the last four days by claiming he’s “immune” from Covid pic.twitter.com/FdghrIvxqS

“I passed the highest test, the highest standards, & I’m in great shape. And I have to tell you, I feel fantastically … I even feel good by the fact that the word ‘immunity’ means something. Having really a protective glow means something. I think it’s very important” — Trump pic.twitter.com/KZnJv0RYJU

“Once you do recover, you’re immune. So now you have a president who doesn’t have to hide in a basement, like his opponent.” — this is false. There are documented cases of people being infected with coronavirus more than once https://t.co/12BrCiEfXx pic.twitter.com/J2Iak6PDIh

Trump once again fails to provide a coherent response to a question about what his goals for a second term are. It’s beyond parody. pic.twitter.com/rFTXIu983q

We’re sure that the “Biden Cough Watch” reports will start shortly on Fox News or, if that seems like too much pandering for even Fox to contemplate, then on OAN. This is what passes for news on right-wing outlets that fail to press the president for a concrete expression of his second term agenda besides staying out of prison.

“We’re giving a middle-income tax cut very soon, as soon as we win” — is there a single person in the world who believes this? pic.twitter.com/ORzbnHNmIj

Unfortunately, too many low-information voters may hear Trump’s promise of a middle-income tax cut and not be tuned in enough to realize that it is about as real a proposition as his fake tan.

The interview wandered into surrealist territory with Bartiromo’s next question about Unidentified Flying Objects.

Trump’s unhinged media appearances  — while still apparently on a steroid-fueled bender — probably isn’t helping him expand his appeal beyond his loyal base to those who live in the land of the rational, but it does make for entertaining viewing.

If only the entire future of our country didn’t hang in the balance in this election, one might be able to enjoy it purely for amusement’s sake.

Since that isn’t the case, however, one must regard these media appearances by the president as potential source documents for historians who will analyze this election in the future to let our descendants know just how insane the 2020 elections turned out to be.

It will likely be more interesting to future generations than it will ever be experienced by any American currently living.

We want to hear what YOU have to say. Scroll down and let us know in our NEW comment section!

The post Trump on UFOs in Fox News interview: “I’m gonna have to check on that.” appeared first on Washington Press.