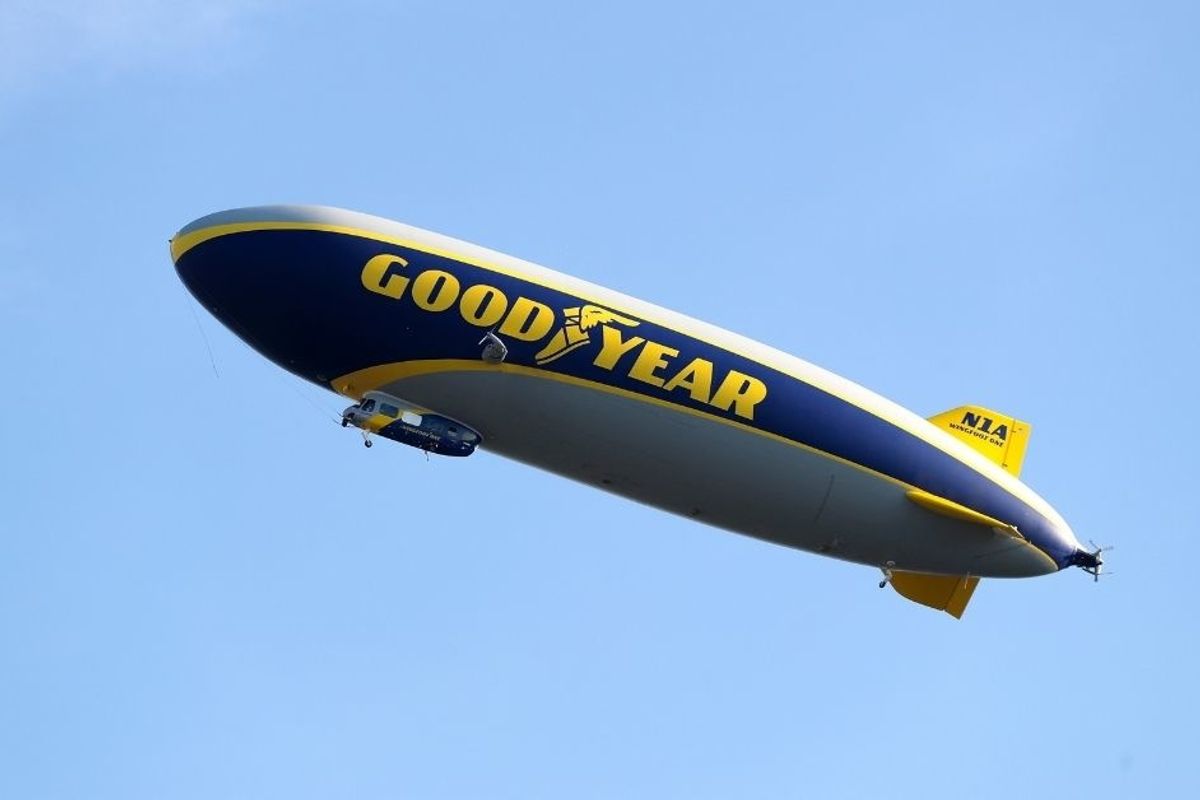 Alien believers had and exciting moment the other night as it seemed like the moment they’ve been waiting for may have finally arrived: a UFO was spotted flying around the skies of New York and New Jersey.

Sadly, their dreams were shattered: It turned out to just be the Goodyear Blimp.

But in their defense, the videos that showed up—first on Tiktok, then on Twitter—do look rather convincing.

In the video clips, the object seen is one of the fairly new Goodyear Blimps that have video screens attached—lending them the appearance of the sort of ray beam-equipped UFOs we’re used to seeing in old movies and TV shows.

So, you kind of can’t blame people for thinking they just might have been capturing the moment we’re invaded by another planet. After all, would anything be more 2020 than an alien invasion at this point?

In any case, it turned out that the alien invaders were just the iconic Goodyear symbol seems hovering above sporting events for decades—this time, over MetLife Stadium in East Rutherford, New Jersey during Monday’s night NFL football game between the New York Giants and the Pittsburgh Steelers.

The Goodyear Blimp has been a fixture at American sport events since 1955, when the Blimp first flew above the Rose Bowl in Pasadena, California. Providing advertising for Goodyear as well as sometimes providing aerial coverage of games, the Blimp has flown above more than 2000 sporting events, from college games to NFL match-ups like the one visited by would-be UFOs on Monday.

So… you’d think they’d be fairly easy to identify and not confuse with, you know, an alien invasion.

Be that as it may, Twitter was full of accounts of the New Jersey aliens on Monday—and tons of people got a hearty laugh.

@DRoyFlor That UFO seems to be hovering over a large gathering of people in a oval shaped, open topped structure. I… https://t.co/6bgKO3hjf9

@RicoSWorld81 @DRoyFlor @mic563 Why not? Don’t you think they have no air traffic control on their planet? 🤣

@TMZ Yo aliens come back later where in quarantine 😔 https://t.co/qoBIRJXcRg

@TMZ Lmfao people been in lockdown so long they forgot what a blimp looked like.

From now on let’s just assume that if aliens are visiting us, they will absolutely let themselves be known.