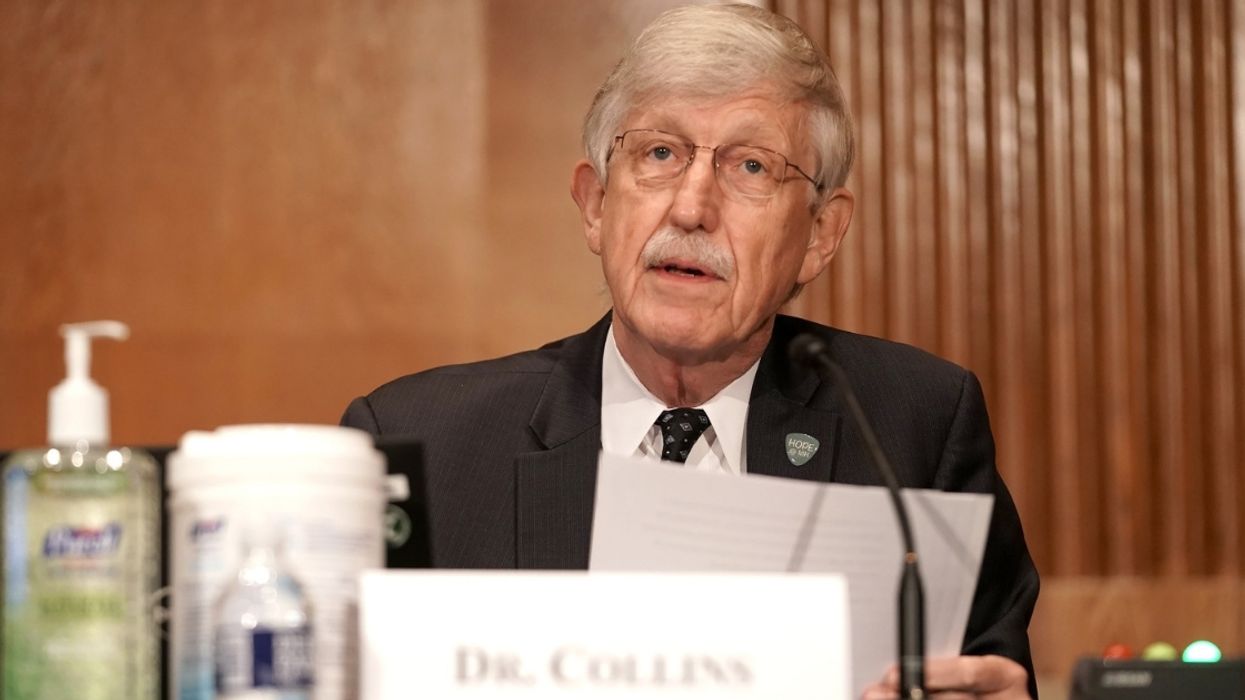 As the pandemic continues, seemingly unabated, experts continue to emphasize the efficacy of masks. Dr. Anthony Fauci, the director of the National Institute of Allergy and Infectious Disease has become a household name with how often he’s interviewed on the virus.

Now, the director of the National Institutes of Health, Dr. Francis Collins, is voicing his expert opinion on the U.S. response to the virus and he doesn’t mince words.

On a CNN town hall, Dr. Collins asked us to view this situation from an outside perspective.

“Imagine you were an alien who landed on planet Earth. …You would scratch your head and think this is just not a pl… https://t.co/vLFnFqVyra

In the above video, Collins tells CNN’s Dr. Sanjay Gupta the response by a certain subset of the public “deeply puzzles” him.

“Imagine you were an alien who landed on planet Earth and you saw that our planet was afflicted by an infectious disease and masks were an effective way to prevent the spread.”

“And you would scratch your head and think this is not just a planet that has much promise for the future, if something that is so straightforward can somehow get twisted into decision making that really makes no sense.”

Dr. Collins is referring to the fact that many supporters of Donald Trump have bought into the president’s efforts to downplay the danger of the virus. Despite recent news that the president knew about how deadly the disease is, these people still claim it’s not as bad as it’s being reported.

The surprisingly direct remarks from Collins about this situation were praised online.

This reference to aliens is a pretty stunning statement coming from Fauci’s boss, NIH DIrector Francis Collins, who… https://t.co/DOzQkT7T0f

Dr. Francis Collins gets it right when he saw so few masks at Trump rallies: “Imagine you were an alien who landed… https://t.co/vIaBVtrGSD

Imagine if you’re an alien and you land on planet earth. You find out that there’s a pandemic & masks can save live… https://t.co/KPOKo7zyw5

Dr. Collins was speaking in response to video from a rally for Donald Trump, where attendees were asked about their thoughts on the virus and masks. Many doubted the efficacy of masks, while others pushed the conspiracy theory that the disease is a hoax.

The rallies come after tapes of Trump acknowledging the danger of the disease were released to the public. The president has claimed that he didn’t want people to panic.

Instead, Trump has created a subset of people ideologically opposed to masks.

@loveisall1576 @politico I’ve been saying its a negligent homicide or manslaughter charge if he didn’t have immunit… https://t.co/5fWQYP827V

It’s about time these experts started pushing back on Trump and his lying sycophants.

@JeffMacIsHere @CNN @jaketapper @NIHDirector I really wish I had that option.

“As a scientist, I’m pretty puzzled and rather disheartened.”

As we get closer to the election, it’s important to protect yourself and your family. Make sure to stay home when you can, socially distance and wear a mask when you can’t, and maintain good hygiene.