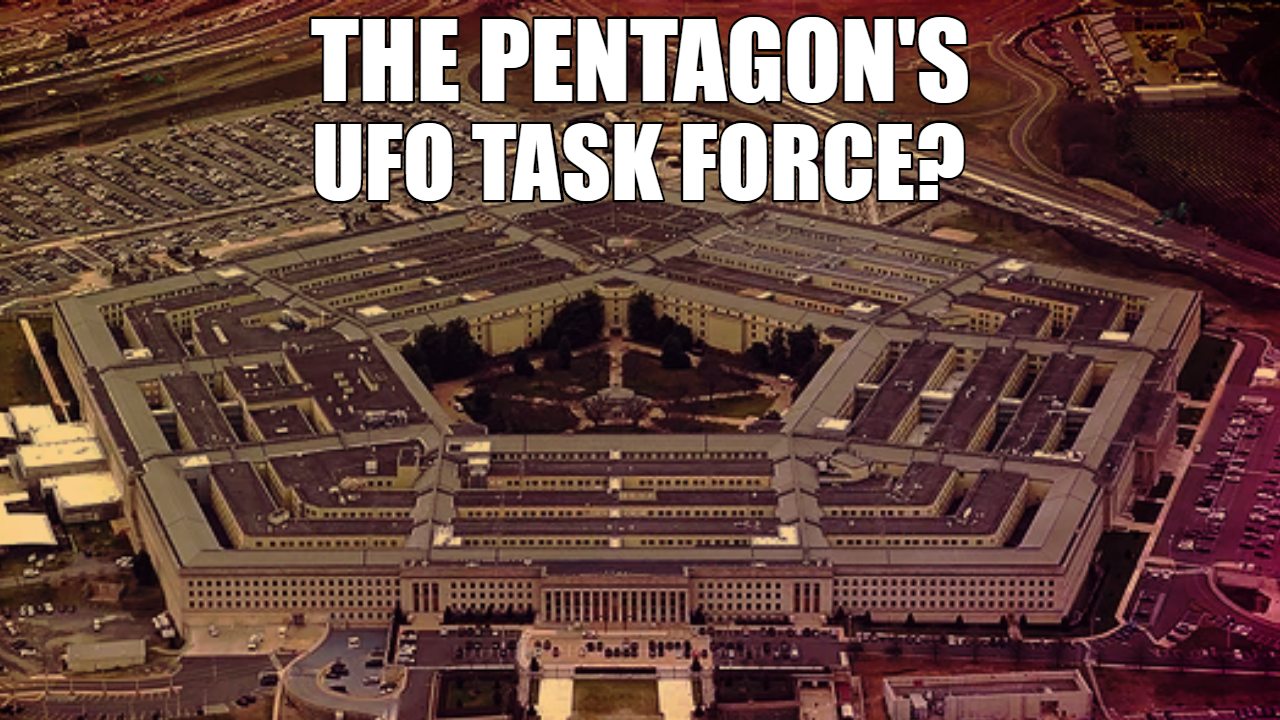 Rewind the clock a few years and tell me, who could have predicted this?

There are quite a few news stories on this development, including this one from CNN:

Essentially, this story seems like a logical follow-up from the recent news coming from the Senate Intelligence Committee’s decision in June to have the Pentagon provide public analyses of military encounters with UAP/UFO. It’s interesting that the Deputy Secretary of Defense, David Norquist, will “help oversee” the task force. Whatever role he plays, I thought it was significant that someone that high up in the Pentagon is now being associated with UFOs in some capacity.

You will notice that the CNN article bent over backwards to deemphasize anything to do with aliens, including this statement:

There is no consensus on their origin with some believing they may be drones potentially operated by earthly adversaries seeking to gather intelligence rather than extraterrestrials.
This statement could have been worded quite differently, of course, and still be true. How about this?
There is no consensus on their origin, but some believe they may actually be vehicles coming from an off-world extraterrestrial civilization.
Because guess what? That is also true! Does anyone honestly believe that when Dr. Eric Davis gave his briefings earlier this year and during 2019, that he thought these were Russian or Chinese drones? The idea is laughable and everyone knows it. But CNN continues to play this little game with the public.
Of course we can’t be surprised by this. I’ve been saying for years that the UFO coverup has constituted a knife in the back of the classical American Republic (of course, there have been quite a few knives). Maintaining the secrecy on this matter for a full human lifetime has taken its toll on our institutions to where we are now at the point at which the public takes its news like baby birds: momma bird has to chew it first before they eat it.
I keep wondering how far all this can really go.
On the one hand, it’s undeniable that, in our public conversations at least, we have come a long, long way in how openly people can talk about UFOs. It’s as though the public is now allowed to believe in genuine UFOs. But for all this time, I have been wondering: when does the other shoe drop. That is, when does the public, or at least a brave representative from the establishment media, take up the following questions:
– If UAP are genuine anomalies, or seem to be, what does this tell us about the long history of apparent military contact with UFOs going back through the decades?
– What does this tell us about the alleged history of UFO crash retrievals, as has been researched and told countless times by now?
– What does this say about the likelihood of a deep and expansive secrecy concerned with UFOs, as many analysts and knowledgeable insiders have claimed for years?
– What does this say about the dismissive silence on UFOs for generations by our establishment media, scientific community, academic community, and political establishment? Why were they willfully blind to this?
And perhaps most importantly:
How can we take legal action to pry open a lifetime of secrecy about UFOs?

We are clearly not even close to getting questions such as these raised in the general public conversation. But I have to think that at some point, it can happen. If it does, I think we might then see the possibility of a genuine movement take place. A movement that has suddenly decided it’s tired of a lifetime of lies and now wants genuine answers.

Meanwhile we have the latest drip. Whether or not the Pentagon’s Task Force will provide the public with anything of value is something we will have to wait and see. Will it be another version of the old Project Blue Book, which for most of its life during the 1950s and 1960s was charged with explaining UFOs away, rather than actually investigating them. It’s obviously entirely possible that the same kind of scenario happens now, if for no other reason than that someone may decide that objects of such extraordinary capability should be classified, in which case it could be that the public doesn’t get the “good” stuff. I think we can probably assume that will happen, but to what degree is unknown.

I’ve lately been wondering about the possibility that we might be nearing the end of the Disclosure Road. I mean this in the sense that, yes, we have entered a new normal of UFOs. That new normal includes the reality that some form of anomalous craft are traversing the skies and oceans of Planet Earth, and we don’t have an official explanation. There is also a kindasorta possibility hinted at of retrievals of artifacts of these objects. On the one hand, this part of course has not been confirmed, but we get these little hints that if we have such artifacts, we have not made much if any progress in understanding them.

This is surely a step ahead from the old policy of ridicule and denial. But this new normal may not include much more that what we currently have.

It seems to me that the forward motion on crash retrievals will have to stop, and very soon at that. Consider, if the Pentagon or some other high level office decides to confirm the reality of something as incredible as UFO crash retrievals(!), you could expect quite a few brilliant scientists around the world asking to examine such an artifact, or at least to read the scientific papers that undoubtedly have been written from within the classified world. In such a case, it could be difficult to keep that genie in the bottle.

Therefore, what I expect is that the new goal posts are going to be stable for a while, perhaps a long while. That is, official admission that “someone” is doing “something” that isn’t supposed to be possible. But there will probably be a continued attempt to maintain the fiction that “we have no idea who or what these UAP are,” or something like that. Because it is only by maintaining that fiction that the secrecy game can continue. And it remains very important that such a game does continue.

As I said elsewhere, I believe genuinely that journalists like Leslie Kean and Ralph Blumenthal are doing their level best to get an important story out to the world. But they are hampered by virtue of the institution they write for. The New York Times, as Blumenthal himself put it in the interview on the Project Unity Youtube channel, has an “infinitude” of levels of approval that are necessary, at least for a story on UFOs. The control system remains very, very tight. So it is with all of the establishment institutions that communicate information to the public.

You might think, how on Earth could it be possible for the establishment to allow this much toothpaste out of the tube and still be able to maintain the larger portion of secrecy on the matter of UFOs? I will admit, even ten years ago I would have thought it very unlikely to have let this much out and still retain control over the narrative.

And yet, that is where we are today. The reason for this state of affairs has become quite clear. It is that control over the major avenues of information has become much tighter than it was a decade ago. Radically more controlled.

What has happened to our media over the last five years, and particularly to the new digital media (Google/Youtube, Facebook, Twitter, Amazon, etc.) is that it has been brought fully into the system of information management that had already characterized the legacy establishment media for generations. And the speed by which this has happened is breathtaking. Just a couple of years.

We all know that making historical comparisons can lead to false conclusions, because so many details are unique in each situation. Even so, who has not considered at least some similarities to the past seizures of power by revolutionary vanguards, whether they be the old Bolsheviks of 1917, Mussolini’s fascists of the early 1020s,. the Nazis of the early 1930s, or Mao during the 1950s? What we are seeing here in our world is not at such a dramatic level as these historical examples. However, it is also true that within just a few short years the conversation of what is permissible in our society has swiftly changed. Deplatforming continues, while the web becomes harder to search than ever before. We all experience this: you often have to trick the algorithm to find the things you are looking for.

It’s all happened so quickly, but now the writing is plainly on the wall: the plan is to become like China. A society under total surveillance and total information control.

This is why such a limited form of Disclosure can, in fact, work. When you control the societal narrative to such a degree, you can more easily “update” your coverup safely in a way that allows you to re-establish credibility on a tricky and explosive subject, while continuing to protect the core secrets that you are obligated to defend.