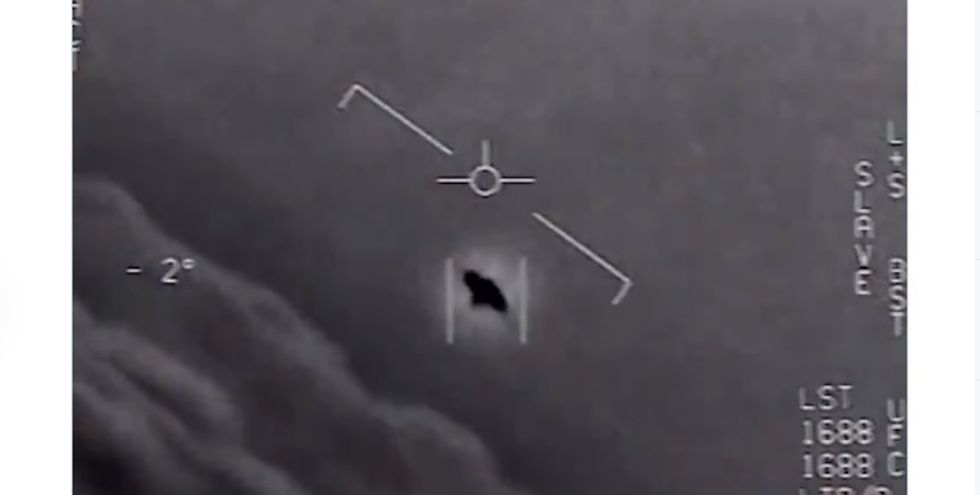 In the fall 2019, the U.S. Navy verified the authenticity of three different videos showing encounters between military pilots and unidentified flying objects or UFOs. Now, the Pentagon has officially released the videos, after determining the videos do not “reveal any sensitive capabilities or systems” or “impinge on any subsequent investigations of military air space incursions by unidentified aerial phenomena.”

But are these flying phenomena from outer space or somewhere a little closer to home? Could they be proof that humans aren’t alone in this universe? And why is the government officially authenticating these videos now, when they’ve been denying such knowledge for decades.

Mellon, who currently serves as chairman of the Advisory board at To the Stars Academy, said the videos show unidentified aerial phenomena or UAP (the official term for UFOs) with capabilities that are beyond anything human beings can replicate.

Watch the video below to hear more from Mellon:

Elizondo, who is currently the director of Global Security and Special Programs at To the Stars Academy, oversaw much of the government’s research into UFOs, looking at them from a strictly defense and intelligence mindset. He and Mellon agree that “we’re dealing with technology that’s beyond next-generation technology.”

Watch the video below to hear more from Elizondo:

In response to the COVID-19 crisis, BlazeTV is offering our BIGGEST discount ever! Get $30 off your subscription when you use promo code GLENN. Offer expires Friday, May 15.

To enjoy more of Glenn’s masterful storytelling, thought-provoking analysis and uncanny ability to make sense of the chaos, subscribe to BlazeTV — the largest multi-platform network of voices who love America, defend the Constitution and live the American dream.