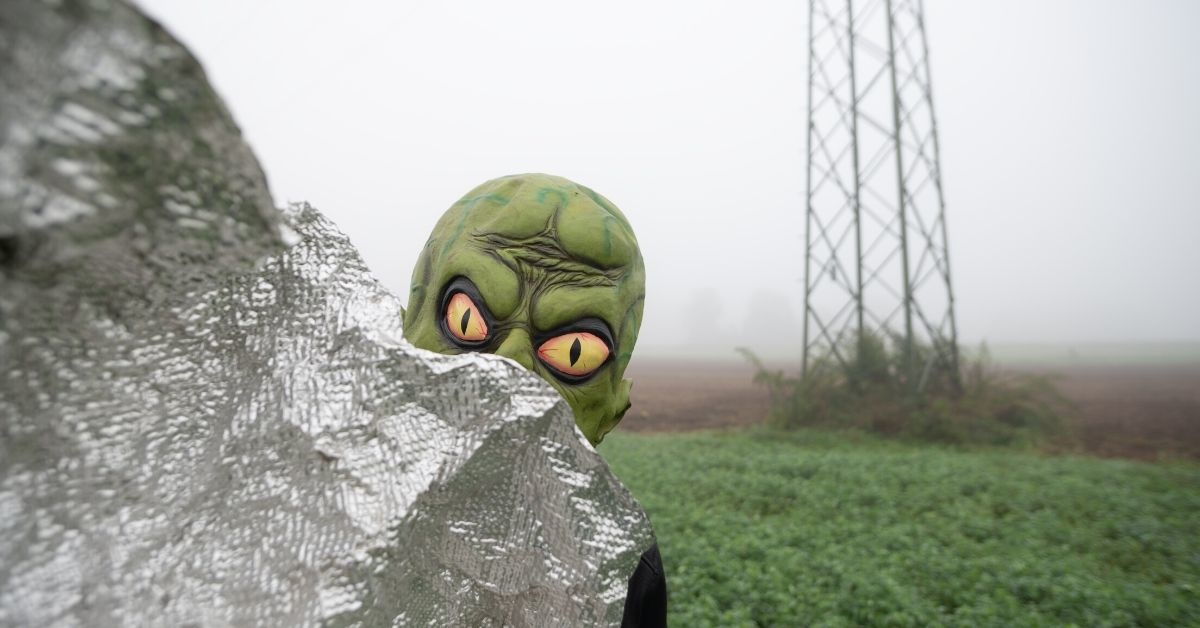 With the new
Xfinity commercial featuring a reunion with E.T. and Elliot pulling on our nostalgic heartstrings, some people are wondering why we have not had our own extraterrestrial visitor to befriend yet.

Scientists and conspiracy-theorists alike have agreed we are not alone in the vast universe but spouted contrasting reasons as to why intelligent life forms from outer space have not visited earth yet.

And it is quite unsettling.

The mystery of “where is everybody?” out in space is known as the
Fermi Paradox – the high improbability of meeting extraterrestrial life visiting from other planets among the billions of stars in the milky way.

To put it into perspective, Wait But Why provided an example about the vastness of the universe:

“for every grain of sand on every beach on Earth, there are 10,000 stars out there.”

Alexander Berezin from Russia’s National Research University of Electronic Technology (MIET) commented on the paradox by offering his “First in, last out” solution.

He hypothesized in his yet to be peer-reviewed pre-print paper on the site, Arxiv:

“No present observations suggest a technologically advanced extraterrestrial intelligence (ETI) has spread through the galaxy.”

“However, under commonplace assumptions about galactic civilization formation and expansion, this absence of observation is highly unlikely.”

“This improbability constitutes the Fermi Paradox. In this paper, I argue that the Paradox has a trivial solution, requiring no controversial assumptions, which is rarely suggested or discussed.”

“However, that solution would be hard to accept, as it predicts a future for our own civilization that is even worse than extinction.”

He also added that our parameters for determining the existence of alien life forms are limited to how far we have the capability of seeing.

“The only variable we can objectively measure is the probability of life becoming detectable from outer space within a certain range from Earth.”

For the purposes of his solution to the Fermi Paradox, Berezin called our perceivable range “Parameter A” and asked:

“What if the first life that reaches interstellar travel capability necessarily eradicates all competition to fuel its own expansion?”

In the scenario below, Berezin implied that we are not the ants, but rather, the “last to leave.”

“I am not suggesting that a highly developed civilization would consciously wipe out other lifeforms.”

“They simply won’t notice, the same way a construction crew demolishes an anthill to build real estate because they lack incentive to protect it.”

“Assuming the hypothesis above is correct, what does it mean for our future? The only explanation is the invocation of the anthropic principle. We are the first to arrive at the [interstellar] stage. And, most likely, will be the last to leave.”

Or maybe this is why we can’t have alien friends.

Using colonialism and capitalism as our historical examples of growth, Berezin said that our push to extend our civilization beyond our planet origin is equal to a dominant force enough to wipe out other civilizations in the universe.

Berezin used A.I.’s as another example that could contribute to our unintentional dominance across infinite worlds.

“One rogue AI can potentially populate the entire supercluster with copies of itself, turning every solar system into a supercomputer, and there is no use asking why it would do that.”

Most of the alien movies like War of the Worlds and Independence Day vilify the invaders, but Berezin’s theory just forced us to flip the mirror on ourselves to reflect our hidden potential for a massive takeover.

But we are not capable of such interstellar annihilation.

The book The Apocalypse of Settler Colonialism: The Roots of Slavery, White Supremacy, and Capitalism in 17th Century North America and the Caribbean is available here.