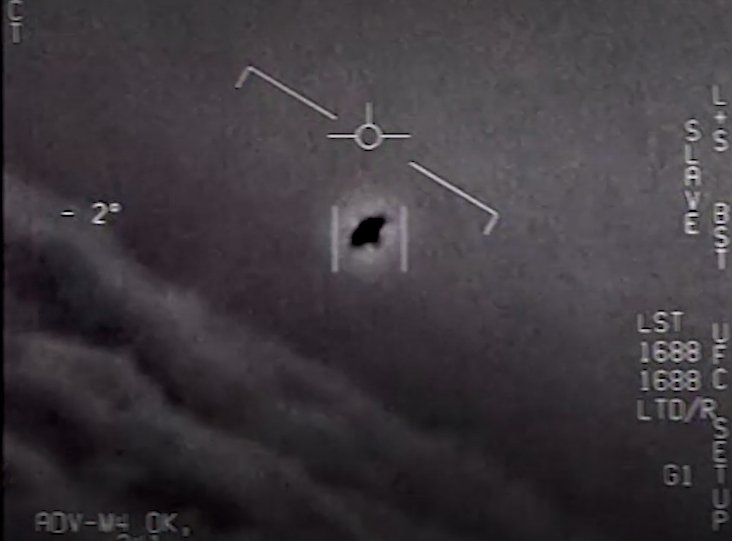 A U.S. Navy spokesman confirmed in a statement to the website, The Black Vault, that videos of unidentified flying objects captured over the years and recently published in the media are authentic.

The videos were published in 2017 and 2018 by the New York Times, and show unusual flying crafts moving at high speeds thousands of feet in the air despite not having any apparent wings or visible engines, and not giving off any signs of propulsion like a traditional aircraft might.

In the videos, the pilots are heard confusedly speculating on what the aircrafts might be and expressing shock at how they move. Despite the earliest of these sightings in restricted military airspace having occurred in 2004, the objects still have not been identified.

The videos, however, are real.

“The Navy designates the objects contained in these videos as unidentified aerial phenomena,” said Joseph Gradisher, official spokesman for the deputy chief of naval operations for information warfare. “The ‘Unidentified Aerial Phenomena’ terminology is used because it provides the basic descriptor for the sightings/observations of unauthorized/unidentified aircraft/objects that have been observed entering/operating in the airspace of various military-controlled training ranges.”

Both the Pentagon and the Navy have confirmed that the videos were never cleared for public release.

According to one of the pilots who has encountered the “unidentified aerial phenomena,” Lt. Danny Accoin, he and others encountered a fleet of these objects during training flights.

“It seemed like they were aware of our presence, because they would actively move around us,” Accoin said.

He also told the History Channel that he thought strange radar readings were a false alarm at first, “but then when you start to get multiple sensors reading the exact same thing, and then you get to see a display, that solidifies it for me.” A Scientific View Of The U.S. Investigation Into UFOs : 13.7: Cosmos And Culture : NPR