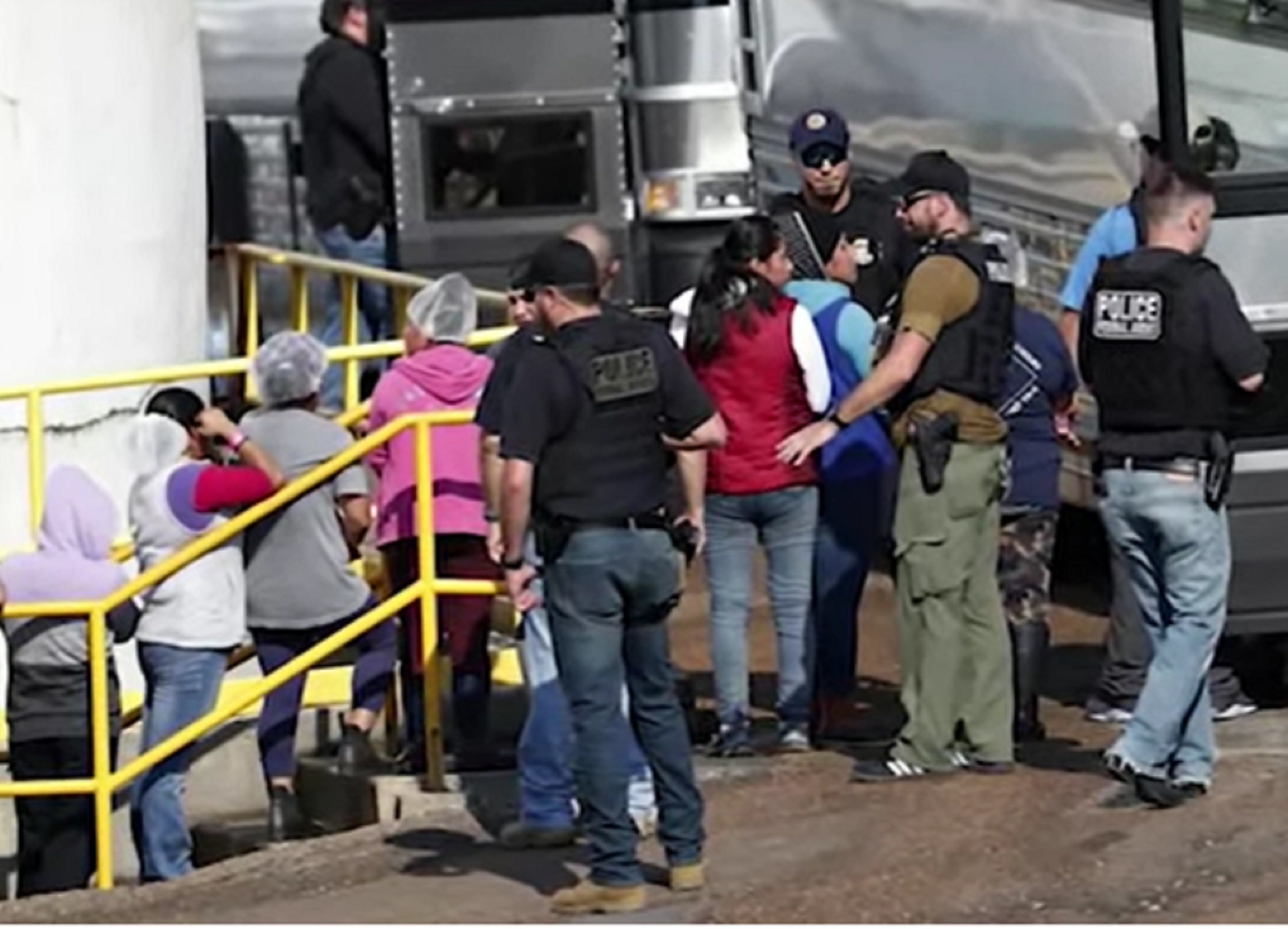 What are the details?

According to the Associated Press, the operation was the largest conducted in America in at least the last decade. One federal prosecutor reportedly described the coordinate raids as “the largest single-state immigration enforcement operation in our nation’s history.”

“All the unlawfully present foreign nationals arrested Wednesday are being interviewed by ICE staff to record any potential mitigating humanitarian situations,” the agency said in a press release. “Base on these interviews, and consideration of their criminality and prior immigration history, ICE is determining on a case-by-case basis based on the totality of the circumstances which individuals will be detained and which persons may be released from custody at present.”

Workers who were able to prove legal status were able to leave the plant after having their trunks searched, PBS reported.

According to PBS, workplace raids were common during the administration of President George W. Bush, but President Barack Obama “avoided them.” President Donald Trump has resumed such operations as part of his crackdown on the swell of illegal immigration occurring in the United States in recent years.

The Mississippi raids had been planned for months. U.S. Attorney D. Michael Hurst Jr. — who will prosecute any federal charges resulting from the operation issued a statement saying, “The execution of federal search warrants today was simply about enforcing the rule of law in our state and throughout our great country.”

“I commend these federal agents, our state and local law enforcement partners, and our federal prosecutors for their professionalism and dedication to ensure that those who violate our laws are held accountable.”