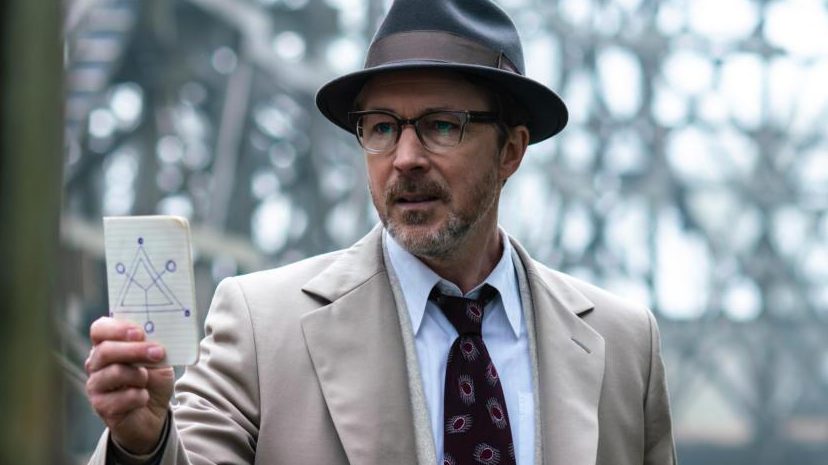 In the 1950s and 1960s, the US Air Force secretly investigated more than 12,000 reports of unidentified flying objects. The findings on the vast majority of those sightings were uneventful: people misidentifying common objects like planes, lights, birds, and comets; hoaxers looking to make a name for themselves; small towns succumbing to hysteria (okay, that one is kind of eventful). But 701 sightings still remain unidentified to this day.

Some of those sightings will be explored in the new History network scripted TV series, Project Blue Book, based on the real-life UFO study of the same name conducted by the US military at the height of the Cold War. The show stars Aidan Gillen (of The Wire and Game of Thrones fame) as J. Allen Hynek, the astronomer hired by the government to serve as the project’s scientific consultant.

Initially a skeptic of flying saucers, Hynek came to believe over the course of the top-secret project that serious investigation of UFOs was a legitimate scientific endeavor. By the time the program was shuttered in 1969, Hynek was one of the few people involved who conceded that some UFO cases could simply defy explanation. Today he’s known as the father of ufology, who coined the phrase “close encounter.”

All of the project’s case files have since been declassified and are available to the public at the US National Archives.

Project Blue Book, which premiered Jan. 8 and will portray a different sighting each week (an upcoming episode promises a look at the famous “Lubbock Lights,” for instance), exists somewhere between genuine historical fiction and X-Files style sensationalism. But however accurate the series is or isn’t, the true story upon which it’s based is fascinating all on its own.

Not long after UFO sightings became common in the late 1940s, the US military decided that it should probably at least look into these reports, in the interest of public safety. Two early efforts to investigate these strange phenomena failed, but on the third try the US Air Force was able to form Project Blue Book, named after the blue booklets handed out during college exams to signal that this undertaking was of the utmost academic importance.

Its aims were simple: investigate reports of UFOs using the scientific method, and determine whether any of these objects posed a threat to national security. Hynek, a respected scientist who had worked at Ohio State and the Johns Hopkins Applied Physics Laboratory (APL), was brought in to consult and help investigators determine whether UFOs were really just celestial bodies and objects like asteroids, planets, or, stars. In its early years under the direction of US Air Force Captain Edward J. Ruppelt, Project Blue Book thrived, investigating cases that we still remember today, including the Mariana Incident in 1950 and the 1952 Washington, DC UFO Incident, which brought panic to the nation’s capitol.

In response to the DC incident and hundreds of other sightings that were sucking up government resources, the CIA established a panel that concluded Project Blue Book was better off doing whatever it could to debunk reports of UFOs, in order to reduce public interest in the phenomena. From that point until its termination in 1969, the project mostly stopped doing serious investigation, instead concentrating on its new debunking mandate.

History’s official synopsis for Project Blue Book alludes to this tension between Hynek, who believed that some cases couldn’t just be “explained away,” and his US military bosses, who basically wanted to make the very idea of UFOs disappear, without thoroughly vetting the reports. The latter period of the project was plagued by leadership changes and infighting between skeptics and those like Hynek who believed in the merits of scientific inquiry.

So did they ever find any aliens?

Though the TV series may go in a different direction, the real Project Blue Book never found a shred of evidence for extraterrestrial intelligence. Though a handful of sightings were never officially solved, the ones that were all had pretty boring explanations.

“There has been no evidence submitted to or discovered by the Air Force that sightings categorized as ‘unidentified’ represent technological developments or principles beyond the range of present-day scientific knowledge,” according to the report on Project Blue Book in the National Archives. “There has been no evidence indicating that sightings categorized as ‘unidentified’ are extraterrestrial vehicles.”

Bummer. Luckily, there are throngs of ufologists today who are carrying on Hynek’s legacy and trying to investigate the remaining unsolved cases.

Project Blue Book itself was never reopened, but a similar government program, named Advanced Aerospace Threat Identification Program (AATIP), was launched in 2007 by former US senator Harry Reid. After not finding anything of substance, AATIP ended in 2012, and was first made public in 2017.

And of course we can’t know what other secret programs governments are currently running to determine, once and for all, whether aliens are among us. What Is Up With Those Pentagon UFO Videos?