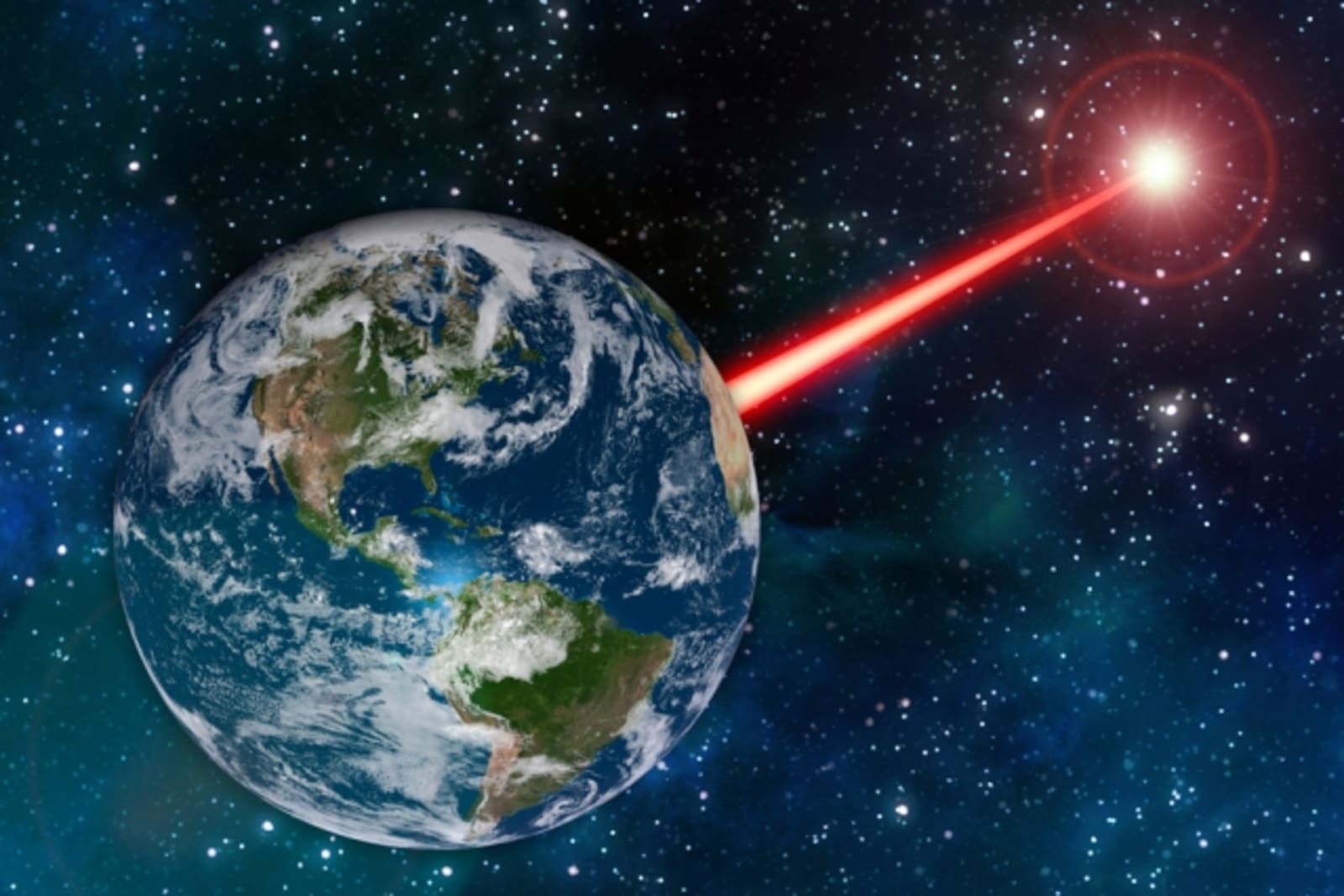 An MIT researcher claims a laser space beacon detectable up to 20,000 light years away is feasible — essentially acting as a porch light for extraterrestrial life. James Clark’s study posits that focusing a one- to two-megawatt laser through a 30- to 45-meter telescope and aiming it into space would create a beacon that would emit enough radiation to be distinctive from the sun’s infrared energy.

If there are alien astronomers in a neighboring solar system (say, on the exoplanets orbiting Trappist-1, a star that’s 40 light years or so away), they might spot the signal from our little corner of the galaxy. The study suggests that we could even send a Morse code-style message with the laser by using pulses.

The tech scientists would need to build such a beacon is within practical reach. There’s a 39-meter telescope under construction in Chile, for instance, while the scrapped US Air Force YAL-1 Airborne Laser (which could destroy missiles mid-flight) had the equivalent power to the laser that Clark says would be required.

There are more practical concerns, such as the laser potentially damaging your eyes if you looked directly towards it — even though the beam would be invisible to the naked eye. The laser could also affect cameras on spacecraft that passed through it. As such, Clark suggested that installing the laser system on the far side of the moon would be the safest bet, even if it’s a vastly more impractical one.

But what of the flip side to the equation? Could we spot a similar beacon from another planet with our current technology? Well, yes, but it would require a powerful enough telescope (i.e. one meter or larger) directed at the exact source location. So, it’s unlikely as things stand. However, imaging tools used to study gases on exoplanets could detect our neighbors’ porch lights too, so there’s a slim chance we might be able to invite them over for coffee after all. Assuming they don’t annihilate us first, that is.

It includes features for iPhones and Apple Watches.