(CNN)Retired US Navy pilot David Fravor trusts what he saw with his own two eyes. And what he saw, in 2004, was a flying object that cannot be identified. Otherwise known as a UFO.

At the time of the sighting, Fravor was a naval commander, in the cockpit of a US aircraft, and the details of the encounter are still fresh in his mind.

“As I got close to it … it rapidly accelerated to the south, and disappeared in less than two seconds,” he said.

The object in question had no wings. As such, one might think it was a helicopter. Not so, said Fravor, who noted clear differences between a chopper and the aircraft he came across.

“When helicopters move side to side, they kinda slow, and then they pick up speed going the other way,” Fravor explained. “This was extremely abrupt, like a ping pong ball, bouncing off a wall. It would hit and go the other way.” 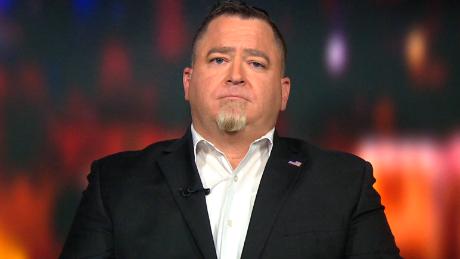 Former official on UFOs: We might not be alone

The movements of the flying object were unlike anything Fravor had ever seen, largely due to its agility and the way it handled.

Speaking live with Sciutto, the former naval pilot said the aircraft had “the ability to hover over the water, and then start a vertical climb, from basically zero up towards about 12,000 feet, and then accelerate in less than two seconds, and disappear.”

As a believer in UFO’s, Fravor knows there are skeptics.

“It’s easy to doubt what we can’t explain,” he said. However, he reminded viewers that he was among other aviation experts, all of whom did their due diligence on that day.

“It was an actual object that we tracked … for somewhere around five minutes, before it rapidly accelerated.”