A SpaceX rocket was just going about its day, carrying 10 satellites into the orbit from California on Friday morning when locals from the region thought it was a UFO. 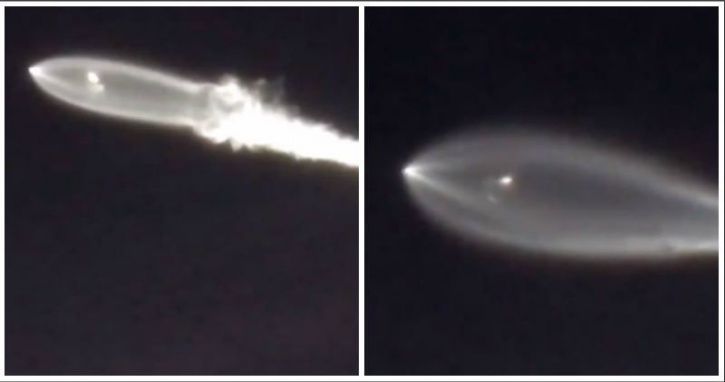 The Falcon 9 booster lifted off from the coastal Vandenberg Air Force Base and it carried a batch of 10 satellites for Iridium Communications. On its way, it left behind a trail of mysterious white haze that kept on changing shapes.

This shining streak confused people widely and within minutes the phone of local police began buzzing like a busy street. People called to inform them about a potential UFO sighting.

Cars stopped and many came out of their houses in Los Angeles to take pictures of this weird yet illuminating shape of mysterious light in the sky.

what if this “spaceX launch” is really just a coverup. what if our government is really just having a scheduled meeting with the aliens and they’re covering up this weirdness in the sky with a “launch”. hmmm.

“People were wondering if it had something to do with movies, or TV or a UFO,” said one viewer, reports AP.  “It was very cool.”

This was the 18th and final batch of the launch of SpaceX for 2017. NASA Puts Earth Up For Adoption, Will Aliens Respond? The Edmonton UFO and the Copper Plate: Can YOU Crack the Code? – Historic Mysteries