It was earlier this year that NASA’s Cassini space probe observed plumes of gas and icy material spewing from cracks in the surface of Enceladus, one of Saturn’s moons.

Now a new study has confirmed that the natural satellite does indeed have water beneath the crust, and it’s warm too. 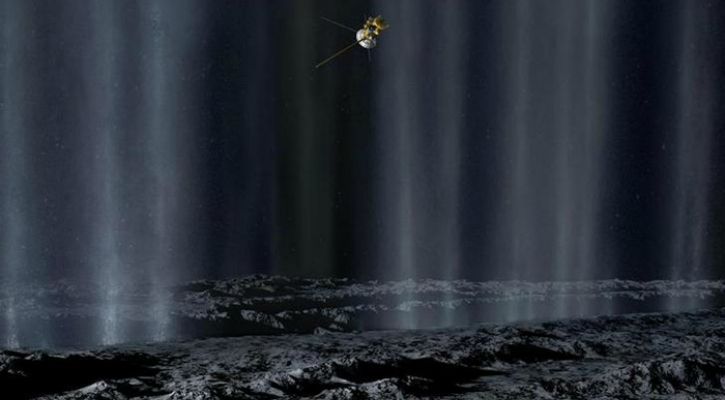 According to new data analysis by an international research team, that internal heat source may have been around for billions of years – more than enough time for alien life to develop in the water still trapped deep down.

Basically, what that means is that Enceladus has so far been confirmed to have heat, water, and even the right chemical makeup to support life. But for us to have any hope finding alien life on Saturn’s moon, it needs to have had enough time for it to develop.

Now that we know Enceladus has likely been warmed for a billion years, that possibility has suddenly grown more likely. In addition, scientists say the heat generated within it can likely be sustained for billions of years more.

“Future missions capable of analyzing the organic molecules in the Enceladus plume with a higher accuracy than Cassini would be able to tell us if sustained hydrothermal conditions could have allowed life to emerge,” the European Space Agency’s Cassini project scientist Nicolas Altobelli. On Earth, it’s believed it took only about half a billion years for life to develop. So if Enceladus has been supposedly warmed for twice that amount, we just might be in luck. BREAKING: NASA Is Officially Launching The Hunt For UFOs